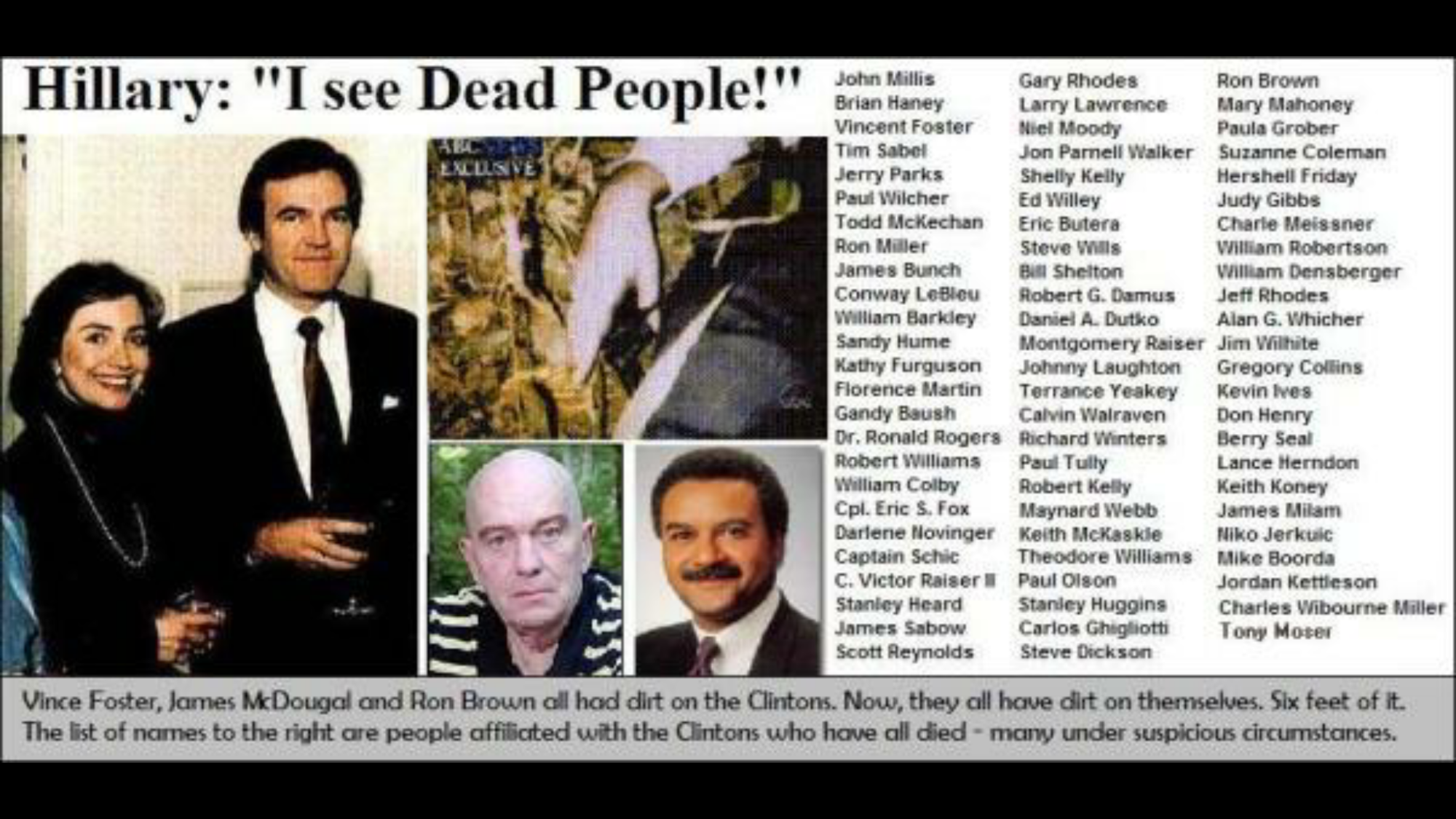 Most people don’t even know 113 people that have died. The Clintons do! It is mathematically impossible to be this DIRECTLY connected to SO many heartbreaking murders! Check out this list, and YOU DECIDE!!!