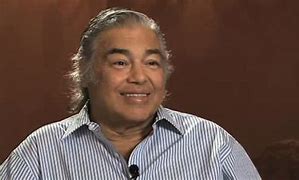 Aaron Russo was among many things, a true American Patriot! His documentaries inspired not only myself, but millions of others, to delve deeper into what’s going on behind the scenes. Who is protected by big media and Operation Mockingbird. Nick Rockefeller invited Aaron Russo into the New World Order Cabal and he declined. He died of Cancer soon thereafter. David Rockefeller once said to the Council of Foreign Relations,

“We are grateful to the Washington Post, the New York Times, Time Magazine and other great publications whose directors have attended our meetings and respected their promises of discretion for almost 40 years……It would have been impossible for us to develop our plan for the world if we had been subjected to the lights of publicity during those years. But, the world is more sophisticated and prepared to march towards a world government. The supernational sovereignty of an intellectual elite and world bankers is surely preferable to the national autodetermination practiced in past centuries.”

Operation Mockingbird is an alleged large-scale program of the United States Central Intelligence Agency (CIA) that began in the early years of the Cold War and attempted to manipulate domestic American news media organizations for propaganda purposes.

In addition to owning his own nightclub, Russo managed several musical acts throughout the 1970s including The Manhattan Transfer and Bette Midler.[4]

Russo then moved into producing and directing movies, six of them receiving Academy Award nominations and two receiving Golden Globe Award nominations.[5] His first producing credit was for Midler’s Clams on the Half-Shell Revue. Other notable feature films he produced include The Rose (1979), starring Midler, and also Trading Places (1983), starring Eddie Murphy and Dan Aykroyd.[1] His final film would be America: Freedom to Fascism, a political documentary critical of the Internal Revenue Service and the Federal Reserve System and warning about the coming of the New World Order.