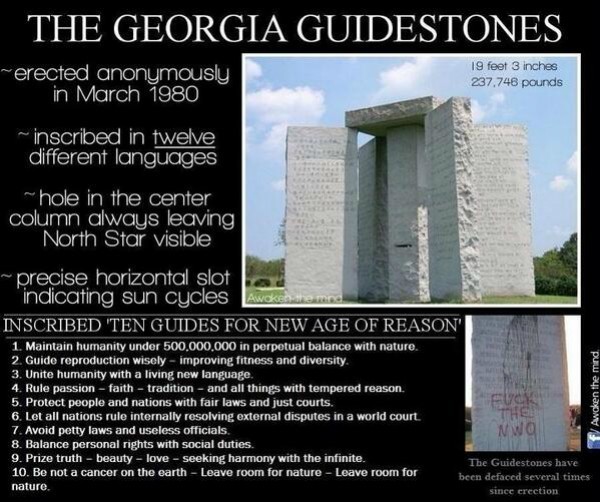 Bill Gates Admits Vaccines are for Population Control during a 2015 Ted Talk where he admits vaccines could reduce population by 10-15%.

“The World today has 6.8 Billion people. That’s headed up to 9 Billion. If we do a really great job on new vaccines, health care, and reproductive health services, etc., we can LOWER THAT NUMBER by 10-15%“ Bill Gates

(You may need to hear that a couple times, before it registers. Don’t believe this quote? Conspiracy talk? Watch him say it below!)

“For more than a century, ideological extremists, at either end of the political spectrum, have seized upon well-publicized incidents, such as my encounter with Castro, to attack the Rockefeller family for the inordinate influence they claim we wield over American political and economic institutions. Some even believe we are part of a secret cabal, working against the best interests of the United States, characterizing my family and me as ‘internationalists,’ and of conspiring with others around the world to build a more integrated global political and economic structure – one world, if you will. If that’s the charge, I stand guilty, and I am proud of it.

David Rockefeller, Speaking at the June, 1991 Bilderberg meeting
in Baden, Germany (a meeting also attended by then-Governor
Bill Clinton and by Dan Quayle)

Bill Gates Admits Vaccines are for Population Control. So why are we buying his vaccines? Why are the pharmaceutical companies protected from any and all liabilities? The system is meant to create customers, not cures! Gates’ father was a Eugenicist who helped start Planned Parenthood with Margaret Sanger. Sanger is quoted as saying, “But for my view, I believe that there should be no more babies”. She also stated, “The most merciful thing that the large family does to one of its infant members is to kill it”. And lastly, she went on to confirm her racist agenda, “We don’t want to word to go out that we want to exterminate the Negro community”. Bill Gates is the man behind the Pharmaceutical Industry, with a financial interest in all vaccines, and a vested interest in population control. Wake the F up please!