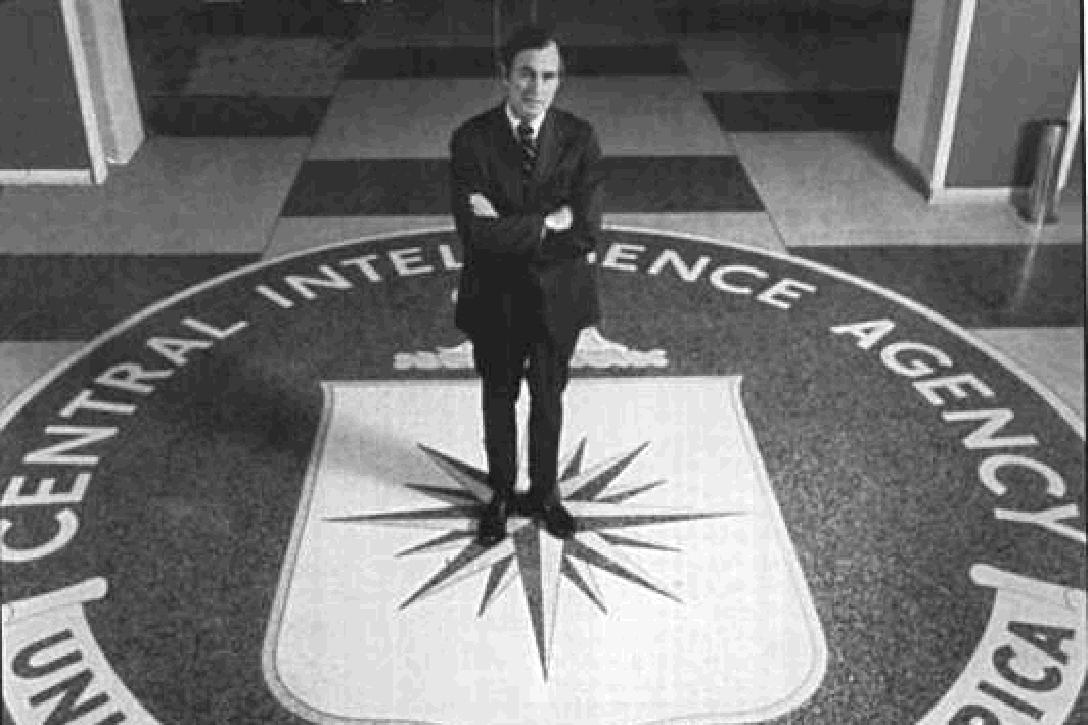 “It will be proven here that there was a Political Coup d’état that was perpetrated by traitors above, and within the US Government. JFK tried to cripple the Federal Reserve with Executive Order 11110, by issuing into the economy $4.2 Billion dollars’ worth of US NOTES, backed by SILVER BULLION…not Federal Reserve Notes, backed by nothing, and printed from air…and then SOLD BACK TO THE US with interest! (Creating a PERPETUAL DEBT SOCIETY). The Federal Reserve then sourced it to George H.W. Bush who had ties with Secret Societies like Skull & Bones, and Bilderberg, and Government….namely the CIA at this point, and “Big Oil” money in Texas. Bush and some at the CIA redirected the Fidel Castro Kill Team which included Santo Trafficante Jr., Johnny Roselli, Mac Wallace, Frank Sturgis, and others, to Dealey Plaza that fateful morning. Bush Sr. was present also, puppeteering.

The CIA sourced out the “Big Job” to the Mafia, while having another CIA Hit team there, and CIA handlers there like David Atlee Phillips and George DeMohrenschildt, to clean up any messes. The shooters were Charles Nicoletti from the Second Floor of the Dal-Tex Building, across the street from the School Book Depository, and James Files, from the Grassy Knoll! There were other CIA and Mafia shooters present….in the storm drain, and also on the overpass, in front of the motorcade.

Then the MONUMENTAL cover up began, led by Lyndon Baines Johnson, and J. Edgar Hoover…starting with the botched autopsy, and ending with almost 150 JFK Assassination witnesses dying, “mysteriously”. Hoover was compromised because the Mafia had several photos of him cross dressing, and had information on his secret gay relationship! This was L.B.J.’s ONLY chance at becoming President, with Robert F. Kennedy waiting in the wings, for the following eight years. They had it all figured out, with the right evil characters involved…and this was a perfect opportunity for Bush Sr. and the New World Order Cabal to take over, and bring them closer to their ultimate Agenda…One World Government, with One World currency!”

Former President Truman, whose Administration established the C.I.A. in 1947, said in 1963 that by then he saw “something about the way the C.I.A. has been functioning that is casting a shadow over our historic positions, and I feel that we need to correct it.”

And President Kennedy, as the enormity of the Bay of Pigs disaster came home to him, said to one of the highest officials of his Administration that he “wanted to splinter the C.I.A. in a thousand pieces and scatter it to the winds.” (Perhaps why Bush Sr. later adopted the “1000 Points of Light” mantra)

“This is the earth shattering 1994 interview with James Files, the confessed grassy knoll assassin of John F. Kennedy. This first interview was done by Bob Vernon. James was interviewed a second (and final) time on November 19, 2003, by myself and Jim Marrs. That is also an on-camera interview, The two interviews are entirely consistent. The only difference is that James is a lot more relaxed, detailed and outspoken in the 2003 interview. As you will probably notice, he is more reluctant and a little nervous in this first interview, most likely because he reveals his part in the assassination for the first time. He is also hesitant to divulge the participation of the CIA. Interestingly he compares the mafia to the CIA as “the goldfish in the shark’s pond.” Files has undergone a voice stress analysis test that he passed, but the meter was at maximum when he talks about his CIA boss David Atlee Phillips. Contrary to what you may have been led to believe, Files is the ONLY living person who has ever admitted to being one of the gunmen in the JFK murder.

The assassination of JFK was nothing less than a coup d’état by his own US government, exactly as the CIA carried them out in other countries and banana republics, like Guatemala, Congo, Dominican Republic, Brazil, Nicaragua, Iran, Cuba (failed), Chili and so forth. Your greatest clue that James Files is telling the truth for over 20 years now, is not so much your own judgement that he is, but the mere fact that you have never heard of him and never seen his confession in the national mainstream media, who are all censored and state controlled, indirectly or directly governed by the powers that removed JFK from office. The only information you will get there, is that Lee Harvey Oswald did it all by himself, even though 90 % of Americans now know it’s a lie.”

“My name is James Files and I’d like to make a brief statement to be posted on this website to clear up a few things and to get the facts straight.

Joe West made contact with me and then come to visit me and we became friends over a period of time. However, Joe West died before his agenda was completed. Joe West developed heart problems, had surgery, was recovering and was doing very well. How ever, he died shortly there after. I was informed by a reliable source from back East., that Joe’s medication had been tampered with and I was assured that Joe West had been murdered in order for his court case to die, where he was doing all in his power to have John F. Kennedy’s body exhumed.

When Joe West informed me that he was already in court trying to get JFK’s body exhumed, I explained to Joe West that he should enter new evidence in order to have a chance at getting the body exhumed. I explained to Joe West that the “Round that struck Kennedy in the head was a “Mercury Round” and that the trace of the “Mercury” would still be present, as Mercury takes forever to go away. So, there would still be a trace of mercury on the skull.

When Joe West died, I thought that the whole investigation would die with Joe’s Passing. However, this is where Robert Vernon enters the picture. Bob Vernon wants to complete Joe’s work to help his widow out. I did not intend to give an interview. It took Bob Vernon a couple of years to get me to agree to it. One of the biggest mistakes in my life that I have ever made. Had I not given this interview, I would have been a free man years ago. My first video, “Confession Of An Assassin,” released through “MPI” was to be my final interview.

I do not trust people to honor their word on anything at all.
There is One man in The Free world that I trust and this man has always kept his word, for he is a man of much honor. He is also my longest living friend and knows more about me than any other living human being. His name is Bruce P. Brychek. This man has never, not one time broken his word to me about anything.” James Files

George HW Bush’s Affidavits confirming he was in Dallas on November 22, 1963. Affidavit_of_George_William_Bush_880921.pdf (aarclibrary.org)

Date: November 29, 1963
To: Director
Bureau of Intelligence and Research
Department of State

Our Miami, Florida, Office on November 23, 1963, advised that the Department of State feels some misguided anti-Castro group might capitalize on the present situation and undertake an unauthorized raid against Cuba, believing that the assassination of President John F. Kennedy might herald a change in U.S. policy, which is not true.

Our sources and informants familiar with Cuban matters in the Miami area advise that the general feeling in the anti-Castro Cuban community is one of stunned disbelief and, even among those who did not entirely agree with the President’s policy concerning Cuba, the feeling is that the President’s death represents a great loss not only to the U.S. but to all of Latin America. These sources knew of no plans for unauthorized action against Cuba.

An informant who has furnished reliable information in the past and who is close to a small pro-Castro group in Miami has advised that these individuals are afraid that the assassination of the President may result in strong repressive measures being taken against them and, although pro-Castro in their feelins, regret the assassination.

James Richard Worrell, 20, told the Warren Commission that he heard four shots fired when President John F. Kennedy was assassinated. He also saw a man run from the rear entrance of the Texas School Book Depository Building and disappear seconds after President Kennedy was shot. (Mac Wallace’s fingerprints have been found on the 6th floor. Worrell saw Mac Wallace fleeing the scene). James Worrell was killed in a motorcycle accident on November 5, 1966.

“I heard four shots. I don’t care what they say.”